How Hip Replacement Can Cause You Injuries

While artificial hip implants can be a very useful device, as their purpose is to replace the damaged ball and socket joint of a hip, they can also cause serious complications if they are defective or not correctly placed. Hip replacements that are made entirely of metal have been the most problematic, as the two components rub against each other, leading to numerous unpleasant side-effects and even to revision surgery.

There are multiple manufacturers guilty of having released defective hip replacement devices on the market, including:

As for the defective hip replacement devices, the following are only some of them:

Hip Replacement Side Effects that Lead to Claims

Were you injured by a defective hip replacement? If so, Atraxia Law is here to help you file a claim against the party at fault. Our team will promptly evaluate your medical records to determine if you are eligible for compensation. The hip replacement side-effects which qualify for financial compensation are:

In 2017, a federal jury in Dallas ordered Johnson & Johnson to pay $247 million in compensatory and punitive damages to six plaintiffs who suffered injuries from defective Pinnacle hip implants.

As more information comes to light about the potential for faulty hip implants to cause serious side effects, lawsuits continue to be filed against the makers of these medical devices and DePuy alone faces more than 12,000 lawsuits over its hip implant devices 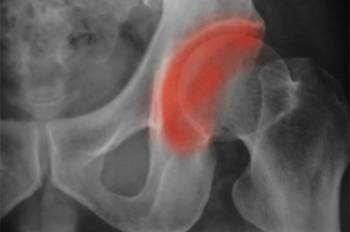