Why All the Conflicting Opinions of Glyphosate? 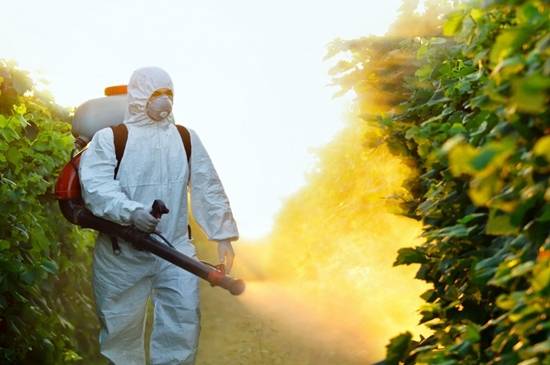 Since the introduction of Monsanto's Roundup Ready GMO crops in 1996, the use of their glyphosate-based herbicide Roundup saw a ten-fold increase.

In response, IARC decided to review the potential health hazards associated with glyphosate.

After reviewing real-world epidemiological data and toxicological studies IARC concluded that glyphosate is "probably carcinogenic to humans," and placed it in Group 2A of its classification.

Monsanto cited an even larger amount of research data in its defense, suggesting glyphosate to be safe when properly handled.

The same conclusion was reached by a number of regulatory bodies, including the European Food Safety Authority and the US Environmental Protection Agency, upon completing their own review in 2017.

Most recently, an April 2019 report drafted by the US Agency for Toxic Substances and Disease Registry backed up the IARC's assessment of glyphosate as a "probable" cancer risk factor. The reasons for these discrepancies are manifold.

In a 2019 paper agricultural economist, Dr. Charles Benbrook analyzed the approaches taken by the two main organizations involved - the IARC and the EPA - and reached a series of conclusions to explain the different results.

The EPA focused mainly on exposure to pure glyphosate, which only occurs naturally through ingesting animal feed or eating food that contains the substance. While this is relevant for the general public, it's hardly representative of situations of occupational exposure, where a pesticide chemical cocktail can come in direct contact with the skin, eyes, mouth, etc. The latter more holistic approach to the material was favored by the IARC.

The two agencies also tended to give different reliability scores to the same study, explained by Benbrook as stemming from the difference in underlying data supporting the result. As a US Government ruling body, the EPA had access to research conducted by industry scientists that aren't always publicized, hence its review material was substantially larger.

Meanwhile, the IARC only uses publicly available data in order to allow its conclusions to be challenged without a need for access to private or confidential information. Some papers are also excluded because of potential conflicts of interest, as it happened to a review co-authored by a Monsanto scientist in 2017.

Speaking to a Business Insider journalist, Dr. Benbrook stated that the availability of a larger body of research data shouldn't render more credibility to the EPA's conclusion; which was reached "because they were looking at - negative studies that Monsanto [did]. Monsanto repeated essentially the same study, 30 times."

Glyphosate is not the same as Roundup, and Roundup is not the same everywhere. Even scientists who are still doubtful that glyphosate can cause harm under normal conditions consider there is enough evidence for Roundup to be deemed toxic. Among the many chemicals that make up the Roundup formula, a surfactant called polyethoxylated tallow amine (POEA) is currently seen as the main culprit in facilitating harmful effects.

Its purpose is to help spread the solution on leaves and to encourage plant uptake in the case of Roundup-ready crops. Some believe that it facilitates the absorption of glyphosate into the human skin as well, acting as a pathway for a chemical that would not otherwise permeate the human body. Whatever its mechanism of action is, there are studies showing this additive to be even more dangerous than the active ingredient.

The European Union already outlawed the use of POEA surfactants in pesticides, forcing the manufacturers to replace these with safer alternatives, said to be "100 times safer to aquatic life and human cells."

The formulations sold everywhere else in the world remain the same, however, adding to the scientist's preexisting confusions as to what exactly they are supposed to be testing for harmful effects.

Small-Scale Users Are Just as Affected

In principle, a product is evaluated for potential hazards to human life and regulated accordingly on the premise that it is used as intended. The indications on the labels of glyphosate-based pesticides might have changed over the years, and it is not our purpose here to ascertain whether these offered an adequate warning about the risks involved to the operator.

Dr. Charles Benbrook, the author of the paper mentioned above, notices that a significant portion of the epidemiological studies the EPA's conclusion was based on looking at large samples of professional agricultural workers, who usually spray pesticides from inside the closed cabin of a tractor or airplane, rarely handling the solution without protective gear.

On the other hand, most of the people claiming adverse health effects from herbicides are small-scale users, like groundskeepers and homeowners who apply the solution from hand-held pumps.

During a litigation trial brought against Monsanto by a groundskeeper suffering from Non-Hodgkin's Lymphoma, it came to light that the company actively influenced the scientific community into a favorable opinion of their product.

In a series of confidential emails, Monsanto employees talked about "shadow writing" papers that unaffiliated scientists would claim as their own.

The EPA itself came under scrutiny when it was found that some of the messages were addressed to agency officials, which raises serious concerns about the impartiality of their 2015 assessment.

The groundskeeper ended up winning his case for tens of millions of dollars, a decision that was to repeat numerous times, in both single and class action lawsuits throughout the US.

If you are one of the many people injured as a result of the herbicide industry's callous actions, call us today to discuss ways in which you might be compensated for your grief.