Marketed as a Healthier Choice, Light Cigarettes Contributed to Increased Incidence of Adenocarcinoma 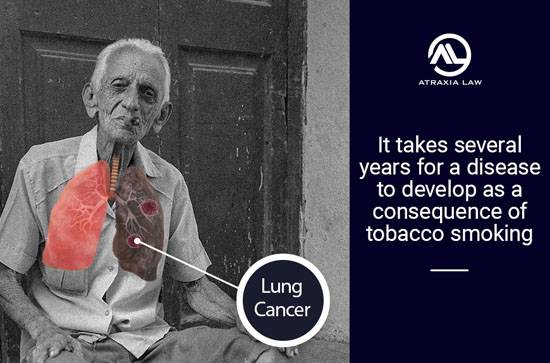 In the late 1960s, as more and more smokers began worrying about their risk of developing several chronic diseases, including cancer, the tobacco industry responded by introducing "light" and "low-tar" cigarettes, promoting them as a healthier choice than "regular" or "full-flavor" cigarettes. They pitched their new product to health-conscious smokers and printed the amount of nicotine and tar right on the pack. Millions switched from regular to light or low-tar cigarettes but experienced no health benefits as a result. On the contrary, these cigarettes have actually caused more harm, contributing to the rise of lung adenocarcinoma - the most common type of lung cancer, researchers say.

On March 24, 1966, the Federal Trade Commission (FTC) notified cigarette manufacturers that they would be permitted to advertise tar and nicotine yields based on the results of a test method called the Cambridge Filter Method. This test used a mechanical smoking machine to read the amounts of tar and nicotine contained in a cigarette, in order to provide consumers with information about the tar and nicotine content of various brands of cigarettes. However, machines smoke cigarettes differently than people, so it's hard to get an accurate reading. The FTC method of cigarette analysis failed to take into account other factors like ventilation holes, channels, or individual smoking habits that would affect the actual amounts of these substances ingested by the smoker.

Scientific evidence demonstrates that switching from regular to "light" cigarettes does not decrease the exposure to nicotine, tar - the toxic material produced from burning a cigarette, and carcinogens present in cigarette smoke.

As previously mentioned, many smokers were misled into thinking that light, ultra-light, low-tar cigarettes - also known as high-ventilation cigarettes - are less harmful. Cigarettes made with different filters, paper, or blends of tobacco used to be labeled as light, ultra-light, or mild contain the same 4,000 harmful chemicals, including 400 cancer-causing chemicals. The "light" effect is achieved through air dilution using rings of tiny air holes around the filters. Regular smokers who switch to low-tar and low-nicotine cigarettes tend to compensate by inhaling more deeply, taking more puffs per cigarette, or simply blocking the ventilation holes with their fingers and lips.

Although the law now prohibits the tobacco industry from using these product descriptors, some cigarette manufacturers simply changed their 'light' cigarettes to 'silver' and 'gold' brands and a significant percentage of smokers now seem to equate those colors with low-risk cigarettes.

After the U.S. Surgeon General concluded in 1964 that cigarette smoking causes lung cancer, tobacco companies recognized that health issues concerned millions of American smokers. They have used the figures derived from Cambridge Filter Method as a marketing tool to sell "light," "ultra-light" and "low tar, low nicotine" cigarettes to smokers in the "health-concerned segment" of the market. Even public health authorities believed that tobacco-related illnesses could be reduced if smokers minimized the amount of tar and nicotine they inhaled from cigarettes.

Manufacturers claimed that because the vents drew in the air when the smoker inhaled, the smoke was diluted, making the cigarettes less toxic than those without vents. Consequently, many smokers - lured by the promise of a "safer" cigarette - switched to "light" cigarettes rather than quitting.

Considered to have a milder flavor, lower levels of tar, nicotine, or other chemicals than regular cigarettes, these cigarettes were marketed by the tobacco industry as a "healthier" option. On the contrary, these cigarettes may actually increase a smoker's risk of developing a type of non-small cell lung cancer called lung adenocarcinoma.

Bear in mind that there is no such thing as a "safe" cigarette; all tobacco products are harmful and can contribute to the development of cancer. The Federal Government's National Cancer Institute concluded that strategies used by the tobacco industry to advertise and promote light cigarettes were intended to reassure smokers and to prevent them from quitting, and to lead consumers to perceive low tar/light cigarettes as safer alternatives to regular cigarettes.

If you are or were a smoker who came to suffer from one of the following diseases you have the right to file a claim against the tobacco companies for unfair or deceptive commercial strategies and to recover the health care costs of treating diseases caused by smoking.