The Risks of Paraquat Exposure for People Living Around Farming Communities 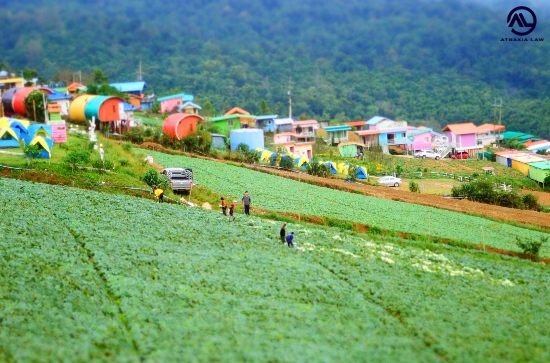 Paraquat is a herbicide that has been used since the early 1960s to kill weeds and control other unwanted vegetation. It has been marketed as an accelerated and less labor-intensive alternative to tilling, helping prevent soil erosion. However, the immediate and long-term effects paraquat has on human health are adverse and alarming.

Currently classified as a restricted-use chemical due to its toxicity, it is still widely used throughout the U.S. while being banned in over 32 other countries.

Paraquat can only be legally purchased and used by certified applicators; thus, agricultural workers who come in direct contact with the herbicide are at high risk of developing severe medical conditions, including Parkinson's disease - a progressive and incurable neurological condition currently affecting approximately one million Americans.

Secondary exposure is also possible; another category of vulnerable people includes those residing or working near lands that were treated with paraquat. This harmful substance can drift from the initial application site, resulting in contamination among nearby communities.

Manufacturers failed to warn farmworkers and people living around farming communities exposed to paraquat about the risk of developing Parkinson's disease. Non-occupational exposure pathways are connected to environmental pesticide dispersal caused by spray drift and volatilization away from the treated area during or soon after application. Other related pathways of paraquat contamination include:

Exposure to Paraquat in Individuals Living Near Farming Communities

Residents living close to crops treated with paraquat are more exposed during the spraying season. The high level of pesticide exposure they are subjected to is more connected to agricultural spray-drift exposure than other pathways.

Due to the high toxicity of paraquat, in August 2021, The Environmental Protection Agency proposed a series of safety measures aimed to reduce risks of paraquat exposure in agricultural workers. For people living close to farming communities that use paraquat, the measures include:

Pesticides that are sprayed on crops become airborne and can drift to distance; therefore, individuals living around farming communities using paraquat are at high risk of developing Parkinson's disease, especially children, given that their fragile systems are less able to metabolize toxic chemicals.

The pesticides applied to food crops also remain suspended for long periods in the atmosphere, allowing air currents to carry the harmful droplets outside the field, thousands of kilometers away. Therefore, families living close to agricultural areas are at high risk of paraquat exposure and increased rates of Parkinson's disease.

The experienced team at Atraxia Law has a strong track record of helping victims of toxic exposure throughout the U.S. determine if they are eligible to file claims further, holding the manufacturers accountable and recovering well-deserved compensation for their suffering.

Therefore, if you or a loved one were exposed to paraquat and subsequently developed Parkinson's disease, you are entitled to take legal action.

The work we do eases the legal process since it gathers all the necessary evidence to file a paraquat claim. Contact us as soon as you learn about your diagnosis, as paraquat exposure claims have a statute of limitations of up to three years. We will only need from you the evidence of exposure and proof of diagnosis. For additional information, please reach out to Atraxia Law, and we will answer all your questions.