Railroad Workers and the Dangers of Paraquat Exposure 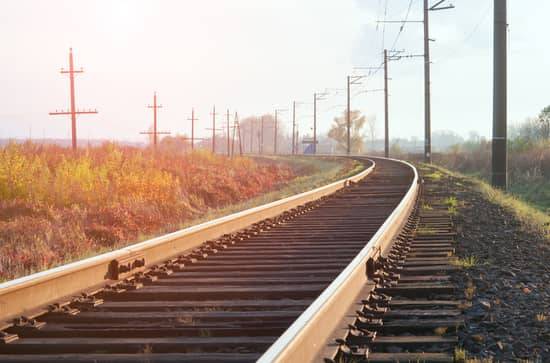 First manufactured in 1962, paraquat, which is sold under numerous brand names in our country, has rapidly become a popular choice when it comes to effective herbicides.

However, exposure to paraquat may lead to the development of Parkinson's disease. Railroad workers are one of the occupational groups who have the highest risk of coming to struggle with this disorder.

The primary reason why paraquat is widely used in the United States is that it can destroy weeds and grasses that have become resistant to glyphosate, another popular and also dangerous herbicide that is typically sold under the brand name of Roundup. In 2017, over 11 million pounds of paraquat were employed throughout the country, whereas in 2019, the global sales of paraquat were approximately $10.5 billion. Despite the fact that the herbicide is banned in 37 countries, including Brazil and China, people in our country are still using it, even though it is greatly hazardous.

Paraquat is typically used by mixing it with water and loading it in tractor-drawn spray rigs, aerial applicators, or backpack sprayers. No matter how one employs it, they will inevitably be exposed to paraquat even if they wear protective equipment, as the vapors of herbicide will easily be released in the atmosphere following application. Consequently, inhaling paraquat is unavoidable, and even people who live at considerable distances from the area where it was applied will breathe in toxic vapors.

Exposure to Paraquat in Railroad Workers

Because vegetation tends to grow aggressively and repeatedly on railroad tracks, a lot of people who are in charge of removing it use paraquat, as it is a very efficient herbicide. Paraquat has so far been used to kill weeds along thousands of railroad track miles across the country since the 1970s.

The fact that railroad workers who regularly apply paraquat to the tracks are exposed to the herbicide is a very serious cause for concern, as this occupational group has a considerable risk of developing Parkinson's disease later in life. Over the past two decades, plenty of reputable medical studies have found a strong link between paraquat exposure and Parkinson's disease.

In general, railroad workers use paraquat on the vegetation on the tracks by loading the mixture in backpack sprayers. This method is quite dangerous, as the workers come in close contact with the herbicide, which they can breathe in even if they wear adequate facial protection such as respirators. The top 12 states with the largest number of miles of railroad track are the following:

Therefore, railroad workers in these states have even greater chances of developing Parkinson's disease, as they have to apply paraquat on larger areas of tracks, as well as more frequently. There are approximately 135,000 freight railroad workers across the country at the moment, and most of these people have to apply paraquat to the tracks to destroy weeds or to prevent vegetation from growing on a regular basis.

If you have been working as a railroad employee and had to handle paraquat, we recommend you to closely monitor your health, as you are at high risk of developing Parkinson's disease. Exposure to paraquat may trigger the onset of this brain disorder earlier in life than the disease usually occurs, so it is best to be cautious and undergo periodical medical examinations.

How Do Railroad Workers Develop Parkinson's Disease as a Result of Paraquat Exposure?

You may wonder how exposure to paraquat causes Parkinson's disease in railroad workers. The answer is simple yet requires a comprehensive explanation: oxidative stress. Accordingly, the inhalation of paraquat vapors destroys the neurons responsible for releasing dopamine in the brain by causing oxidative stress. Oxidative stress is a process during which various cells, including neurons, are damaged or even killed as a result of excessive amounts of free radicals, which are molecules that rob other cells of electrons, wreaking havoc on the area of the body they exist in.

In people with Parkinson's disease, doctors can see the loss of function in the dopamine-producing neurons in the substantia nigra, which causes the symptoms of the disorder. A 2017 medical study found that the risk of developing Parkinson's disease as a consequence of significant exposure to paraquat is 600% higher. There is currently the Protect Against Paraquat Act that is pending in Congress, which "requires the Environmental Protection Agency to cancel the registration for all uses of the pesticide paraquat" and "prohibits the sale and use of existing stock of paraquat."

Right now, there are at least 14 lawsuits filed by 8 different law firms in 6 federal courts throughout the United States. What all of these lawsuits have in common is one of the defendants, which is Syngenta, the largest manufacturer of paraquat in the country. Every plaintiff alleges that their Parkinson's disease is the result of exposure to the herbicide. As for the number of cases that make up these lawsuits, it is a whopping 157 and counting, as more and more people are joining the ongoing lawsuits. Some of the primary reasons why the defendants may be held liable are the following:

If you worked as a railroad worker, used paraquat as part of your job, and subsequently came to struggle with Parkinson's disease, we strongly encourage you to call our team of professionals. We specialize in evaluating toxic exposure claims, and our experts have the necessary knowledge, experience, and resources to help you file a claim with the manufacturers whose paraquat you applied on railroad tracks.

For over 30 years, Atraxia Law has been assessing cases of toxic exposure for a wide range of clients. In the unfortunate event that you developed Parkinson's disease due to exposure to paraquat during your job as a railroad worker, you should ask a family member to help you contact our team. We will only request basic documents from you, such as your employment and medical records, which can be sent via e-mail by your caretaker.

We will carefully review your case so that we can determine whether you qualify for filing a toxic exposure claim. If we find out that you do, we will quickly recommend a specialized lawyer who will help you carry out the legal process. However, you should keep in mind that there is a statute of limitations for toxic exposure claims, which is why it is best to contact our team right after you receive your diagnosis. If the statute of limitations, which is 3 years in most states, expires, you can no longer obtain compensation.