Connect the Dots - Recognizing the Signs of Paraquat Exposure 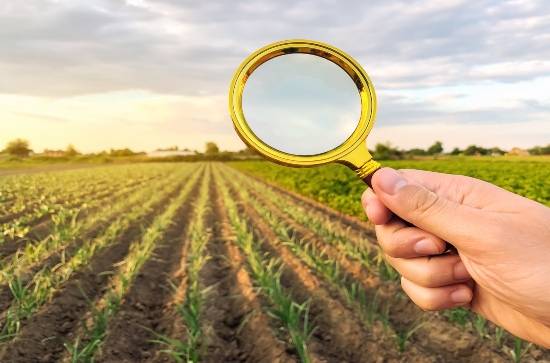 Paraquat dichloride is a chemical that has been used in various herbicide products throughout the U.S. since the 1960s as commercial grass and weed killer.

Its popularity is currently on the rise among American farmers due to the substance being affordable and highly effective on numerous crops, thus reaching a usage rate of approximately eight million pounds each year.

Nevertheless, paraquat products are so toxic that even:

While paraquat is only available to licensed applicators who are instructed to take specific safety preventive measures during use, epidemiological evidence highlights the causal relationship between prolonged exposure to the chemical and the development of severe health conditions, including Parkinson's disease.

Each type of paraquat exposure can bring about different effects. Thus, short-term symptoms can lead to:

Besides the risk of developing Parkinson's disease, the devastating long-term effects of paraquat exposure can generate permanent lung damage or other severe conditions, such as:

Paraquat exposure through mixing, loading, or applying the chemical or after its employment represents the main type of exposure for agricultural workers. And coming in extended contact with paraquat, inhaling it, or living near areas where the herbicide is used may cause the development of Parkinson's.

This progressive, neurodegenerative disorder has no cure and inflicts a variety of symptoms that can vary from patient to patient, making Parkinson's a highly debilitating disease:

The affected individuals gradually lose their abilities to communicate and their independence, relying on the help of those around them to carry out their daily activities.

Since the use of paraquat has increased throughout the U.S., so have Parkinson's cases as a cause of pesticide exposure, putting farmers and farmworkers at risk, along with anyone living near farms that use the toxic substance:

If you have employed paraquat in your work or have been in close proximity to the sprayed herbicide and display particular motor or non-motor symptoms, you may have solid reasons to believe that you have been harmfully exposed to paraquat.

All of the current and reviewed epidemiological data validates the link between paraquat exposure and Parkinson's disease.

The team of specialists at Atraxia Law will carefully review your case and establish eligibility, handling all the documentation on your behalf. We will further analyze the specifics of your case, such as the capacity in which you used paraquat, the timing, and nature of the experienced symptoms, how did the symptoms affect your quality of life, and your Parkinson's diagnosis, and inform you whether you can file a toxic exposure claim.

Do not hesitate to contact us or fill in our free case evaluation form, and we will answer all your queries and discuss your legal options.