Additional Risks for Factory Workers Who Have Smoked 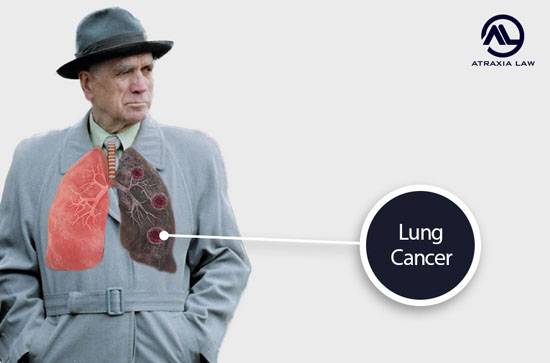 Some jobs carry more risks than others, and for people who worked in certain industries and occupations, smoking is an additional risk.

Steelworkers, for example, are exposed to many pollutants through different industrial processes. Asbestos is one of the most prominent health hazards of the steel industry.

The purpose of this article is to raise awareness on the relationship between occupational exposures (e.g., asbestos, asphalt fumes, benzene, lead/lead paint, silica, solvents, etc.) and cigarette smoking among factory workers.

Chemical Exposure Is a Serious Risk That Many Factory Workers Face

A recent study examined the smoking rates in different industries and occupational groups and found that factory workers had a higher smoking rate than the national average at the time. The serious and wide-ranging dangers of smoking are enough reasons to avoid doing it, whatever your job, but for factory workers, it just adds to the existing risks of the job.

In many cases, factory workers are exposed to many different chemicals, and may also inhale dust particles that can cause breathing problems and lead to lung diseases such as lung cancer.

While in some cases exposure to hazardous agents can result in immediate injuries as it is in the case of chemical burns, in the majority of cases, toxic exposure takes its toll over time.

Inhalation is the main path of entry of the toxic substances into the body; having reached the lung, the substances may remain stored in the lung tissue indefinitely. Even relatively low-level chemical exposures, if repeated over the course of years and years of employment, can lead to life-altering medical conditions.

The Interaction Between Tobacco Use and Exposure to Occupational Carcinogens, Such as Asbestos

Factory workers were often involved in various activities that required exposure to hazardous substances. The high rate of smoking among factory workers is of particular concern given that many are exposed to occupational carcinogens, such as asbestos, which might increase disease risks associated with smoking.

Although there are many different occupations in which asbestos exposure might occur, along with a wide range of possible levels of exposure, differences between the effects arising from the inhalation of asbestos fibers on the health of smokers and non-smokers have been reported, and studies have been conducted aimed specifically at elucidating the combined effects of smoking and asbestos exposure.

Exposure to asbestos fibers carries a risk of:

If You Were Exposed to Asbestos in Industrial Settings and You Were/Are a Smoker, You Are Eligible for Compensation

If a person with lung cancer had both a significant smoking history and significant asbestos exposure history, the question that arises is which exposure caused the person's lung cancer - smoking or the exposure to asbestos?

The answer is both.

Smoking impairs lung function and damages the lungs at the cellular level.

Asbestos exposure alone can cause enough genetic and cellular damage to cause lung cancer. Together, exposure to asbestos and smoking multiply the chances of developing lung cancer significantly.

The physical and emotional toll connected with treating a disease associated with tobacco consumption is high and is often magnified by financial stress which is created when income is reduced, and medical expenses soar.

Like any kind of compensation claim, the process of filing a tobacco claim can be daunting and potentially complicated, so the advice of a legal expert is the best method to ensure a smooth approval process of your claim.