Can Roundup Increase Your Chances of Hairy Cell Leukemia? 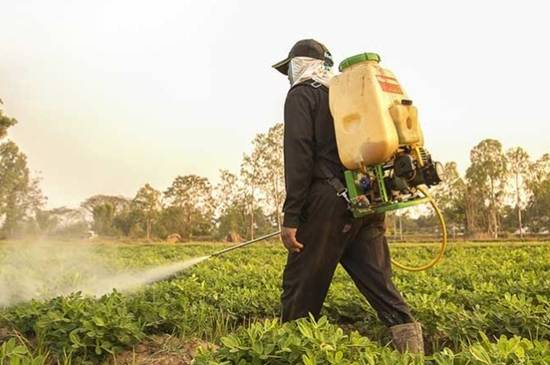 Glyphosate, the main active ingredient in weed killers such as Roundup and Honcho, has been found by the International Agency for Research on Cancer to be a "probable carcinogen," mostly associated with cancers of the lymphatic system and blood.

One of the rarest forms of such diseases is hairy cell leukemia (HCL).

This type of cancer is affecting an estimated 6,000 Americans at any given time, with some 500 to 600 new cases discovered each year.

Although those figures might suggest a high mortality rate, this is hardly the case for HCL. This disease starts in the bone marrow, with an overproduction of a mutated type of B-cell lymphocyte called a hairy cell leukocyte.

These have thin hair-like projections on their surface - hence the name - as well as a greatly diminished ability to produce anti-bodies. Leukocytes can multiply at many times the rate of normal blood cells, crowding them and leading to an overall reduction in their numbers.

The disease progresses slowly so it might take many years before you experience the first symptoms. The prognosis for HCL is generally good, with the highest risk of lethality coming from complications, most commonly infectious diseases that the body loses the ability to effectively counter.

Causes of Hairy Cell Leukemia and How Roundup Might Influence It

It is not known exactly what causes hairy cell leukemia, but as a general principle, it is well established that cancer starts from DNA damage in cells. In the case of HCL, this can occur in all adults between 20 and 80 years of age, but the disease is most commonly diagnosed in men over 50.

It has been suggested that exposure to certain environmental factors, like high doses of radiation or pesticides containing dioxin and glyphosate, might increase your chances of developing HCL. Glyphosate has recently been shown to have cell-damaging properties, while the deleterious effects of gamma radiation and dioxin on human cell DNA are well documented.

Usually, glyphosate cannot permeate the skin on its own, but some have speculated that the presence of POEA surfactant in many of the herbicide formulations commonly in use might facilitate its absorption via this route.

Some studies show that Roundup can indeed be more toxic than the sum of its parts.) This puts home operators of small pesticide-dispensing units particularly at risk, as the wind can often blow the spray on their clothes or exposed skin.

While farmers and employees of big agriculture might be safe inside a tractor or aircraft cabin, members of the following occupations will not:

Since it doesn't cause any symptoms at its onset, HCL is usually found through routine blood work. As the disease progresses, the effects of insufficiency in red blood cells, white blood cells, and platelets will begin to show:

Splenomegaly, or an enlarged spleen, is generally considered the most prominent tell-tale sign of HCL and your doctor can determine this symptom through a physical exam. Blood tests are used to reveal a low number in all three main types of blood cells and the presence of "hairy" leukocytes.

Mutated cells can also be found through a bone marrow biopsy while a computer tomography can be used to provide a clearer picture of the spleen and lymph nodes.

Treatment for Hairy Cell Leukemia Is Effective but Expensive

The most common line of treatment for HCL consists of oral chemotherapy medication with either of two drugs; cladribine or pentostatin. Given the rarity of this disease, the development costs for specialized HCL medicine like pentostatin have been covered by the state, since otherwise, the producers would have suffered a huge loss due to lack of demand.

Even so, the treatment for hairy cell leukemia can take the patient back an average of $133,790 per year, and complications that may elicit an additional financial burden are not uncommon. The most severe of these secondary effects of HCL is an increase in the chances to develop other forms of cancer, which might be due to the condition itself or a result of intrusive forms of therapy.

If Roundup Played a Part in Your Leukemia, You Might Be Eligible for Compensation

Juries all over the US found that agrochemical manufacturers did not do an adequate job at warning the public about the potential toxicity of their products.

People who developed serious illnesses as a result of not taking adequate precaution measures are thus entitled to claim damages from the industry, and many already did.

If you or a loved one suffered as a result of using glyphosate-based herbicides while unaware of their harmful potential, you might be entitled to receive compensation. Contact us today for a free assessment of your Roundup case.