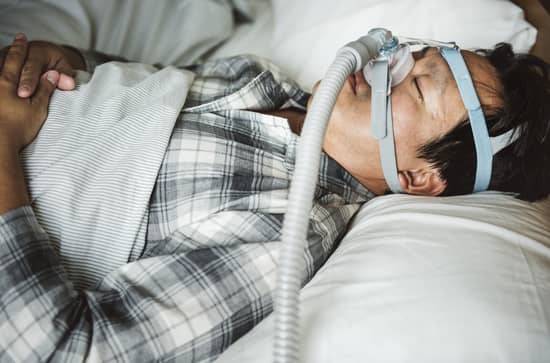 The renowned company Philips, whose headquarters is in the Netherlands, has recently issued a recall on approximately 4 million CPAP, BiPAP, and ASV sleep apnea machines and ventilators.

It is the largest producer of sleep apnea devices at the moment, having been manufacturing these machines and ventilators since 1985. The recall concerns the devices produced between 2009 and the spring of 2021, which are defective.

Polyurethane foam, which becomes dangerous to our health when it degrades, is the reason why the Philips sleep apnea devices have been recalled. This material is present in the sleep apnea machines and ventilators because it is very effective in muffling the sound and vibration made by these devices. However, when it deteriorates, polyurethane foam releases toxic chemicals and off-gases in the air that people breathe when using the machines and ventilators.

To understand how dangerous damaged polyurethane foam is and how harmful the chemicals released by it are, we will discuss what happens to this material when it degrades in the following article. However, before delving into the issue of polyurethane foam, it is important for people who developed cancer after using a faulty Philips sleep apnea device to know that they can recover financial compensation for their suffering from the company. We are here to help you discover whether you are eligible to file a claim with Philips if you are in this dire situation.

What Does Polyurethane Foam Contain?

Even though the terms "urethane" and "polyurethane" are often used to describe the same thing, they are actually two different compounds. While urethane is a crystalline compound, polyurethane has this name because it is made of multiple urethane units, hence the prefix "poly." These urethane units are joined by a chemical reaction known as polymerization. According to the National Toxicology Program, urethane is currently deemed a probable human carcinogen, being able to cause lung, blood, and liver cancer, whereas, in the past, it was described as "reasonably anticipated to be a human carcinogen."

Nevertheless, in the process of polyurethane foam manufacturing, there are two other chemicals used, namely toluene diisocyanate and methylene diphenyldiisocyanate, the former being carcinogenic. When the polyurethane foam in a defective Philips sleep apnea machine or ventilator deteriorates, the person who uses the device unavoidably inhales and ingests these toxic chemicals. Considering that people usually use sleep apnea devices for 4 to 7 hours a night, the amount of hazardous chemicals they breathe in and swallow is tremendous. Over the years, they may come to struggle with one of the following malignant diseases:

Exposure to toluene diisocyanate for a short time can result in skin, eye, and lung irritation, while the frequent inhalation of this chemical can cause progressive impairment of lung function. Furthermore, acute exposure to toluene diisocyanate also affects the gastrointestinal and central nervous systems. Every year, up to 100 million pounds of this chemical are imported into the United States, as it is also used in the manufacturing of consumer products such as adhesives, coatings, and sealants.

To make matters worse, studies found that deteriorated polyurethane foam also releases off-gases, which are the by-products of various chemical reactions. This only worsens the extent of toxic exposure of Philips sleep apnea devices users. The following are some of the most dangerous off-gases that you may inhale if you use a defective Philips sleep apnea machine or ventilator:

To sum up, the risk of people with sleep apnea who regularly use the defective Philips machines and ventilators of developing cancer is very high, as they are exposed to urethane, toluene diisocyanate, and methylene diphenyldiisocyanate, as well as to the numerous off-gases that the polyurethane foam releases with deterioration. If you have been using a faulty Philips CPAP, BiPAP, or ASV sleep apnea device and now experience bothersome symptoms, we highly advise you to seek medical attention as soon as possible, as you may suffer from cancer.

We encourage everyone whose health was affected by the dangerous polyurethane foam in the defective Philips sleep apnea devices to seek financial compensation for their suffering. Our expert team is here to ease the legal process for you by evaluating your eligibility. We will only need proof of you owning a faulty sleep apnea machine or ventilator and your medical records that clearly state your diagnosis of cancer.

Our team of professionals will carefully review your case to determine whether you are entitled to compensation from the responsible company. If you are, we will gladly recommend you a top lawyer who specializes in product liability so that you can proceed with the legal process and eventually receive the money you deserve for your physical and emotional distress.