As a wildfire that has affected nearly 1 million acres in California, the Dixie Fire is the second one to have caused such tremendous damage. It started on July 13, 2021, and is still active today. The Dixie Fire has so far destroyed at least 1,329 structures, out of which approximately 600 were residential, whereas up to 14,000 are in danger at the moment.

On September 30, the firefighters who are striving to keep this wildfire under control stated that the Dixie Fire would most likely not be contained until the end of October. The Dixie Fire has been burning for more than 2 months and a half now, and it resulted in the most expensive fire suppression effort in the history of California.

The Regions of California the Dixie Fire Has Affected

The Dixie Fire began in the Feather River Canyon near Cresta Dam, and it is named after the road where it started. Since July, it has burned mainly north through the Lake Almanor region into Lassen Volcanic National Park and east through Indian Valley toward the Diamond Mountains. Dramatically, the Dixie Fire has been wreaking havoc on multiple areas of California, which are the following:

Shockingly, the Dixie Fire has grown larger than the state of Rhode Island and is the first wildfire to have burned across the crest of the Sierra Nevada. If your place of residence is in one of these counties and it was damaged by this wildfire, you may be entitled to financial compensation, whose purpose is to cover the destruction and any other related damage.

The Cause of the Dixie Fire

Although investigation with regard to what started the Dixie Fire is ongoing, information and evidence point to the Pacific Gas and Electric Company, whose headquarters is in San Francisco, California. The infrastructure of the company is believed to have ignited the wildfire, more specifically, a blown fuse on a power line belonging to the company.

According to the Pacific Gas and Electric Company, on July 13, a utility repairman noticed some damage to the fuses on a power line after the outage system of the company suggested that Cresta Dam off Highway 70 in the Feather River Canyon had lost power.

It is worthy of note that the Pacific Gas and Electric Company has been responsible for starting other devastating wildfires in the past 4 years. What has contributed to the Dixie Fire spreading at such a rapid pace are excessive drought and searing heat, which are the consequence of climate change. Federal agencies have given out $540 million to help fight the blaze. At the moment, small pockets of vegetation are burning within the control perimeter, according to the Incident Information System.

The Requirements for Filing a Dixie Fire Claim

The victims of the Dixie Fires are homeowners, renters, business owners, as well as individuals and entities whose properties and lives were turned upside down by the damage caused by the wildfire. Numerous categories of individuals have the right to file a claim if they were affected by the wildfire.

Contrary to popular belief, not only homeowners and insured people are entitled to compensation if they suffered damages related to the Dixie Fire. However, to qualify for filing a wildfire claim, the following must have been affected by it:

It is important to know that your claim will be filed with the Pacific Gas and Electric Company only if it is found responsible for having started the wildfire. Another noteworthy aspect is that you can obtain financial compensation just for the damages that your insurance does not cover.

Most insurance policies do not cover vegetation that is not part of your property, compensation for you and your family for the distress caused by the wildfire, and natural vegetation. Therefore, it is a good idea to consult with a legal expert if the Dixie Fire has damaged your health or your home, as the law may cover significantly more than your insurance.

Even though each case is unique in terms of what the financial compensation you can obtain after filing a claim covers, it usually covers the following:

Consequently, you can see how many other damages you can recover compensation for if you decide to file a claim with the Pacific Gas and Electric Company when or if it is found liable for the wildfire.

The Statute of Limitations for Dixie Fire Claims

Because in 2017 and in 2018, California and the residents of the state experienced the horrific damage caused by devastating wildfires, insurance companies had to process a tremendous number of claims filed by people who suffered damage related to the wildfires. As a consequence, a change was made with regard to the time limit policyholders have to take legal action against their insurance companies for damage to their homes.

While before the wildfires, the statute of limitations was one year from the date of the damage, today, it is 2 years if the losses are related to a state of emergency, which is the case of most wildfires. Nevertheless, because the statute of limitations can be subject to change at any given time, it is advisable to contact our team of experts so as not to lose your right to financial compensation if you are a victim of the Dixie Fire.

For nearly 3 decades, our team of experts has been dedicated to providing quality services to people who consider filing a claim for various reasons, such as personal injury, product liability, or property loss. If you and your family are victims of the Dixie Fire, we will help you find out whether you can file a claim to obtain the financial compensation you deserve. All you have to do is get in touch with our team and thoroughly explain your situation.

Subsequently, we will ask you to send evidence of the injury or damage the wildfire has caused you, and our experts will then carefully evaluate your case. If we establish that you are entitled to compensation, we will promptly guide you to a specialized lawyer who has relevant experience in these cases, who will further assist you with filing your claim. Eventually, several months after claim submission, you will receive the sum of money you are entitled to from the liable party. 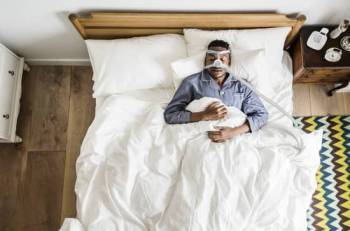 Apparently, Philips Had Been Aware of the Defectiveness of Their Sleep Apnea Devices Before the Recall 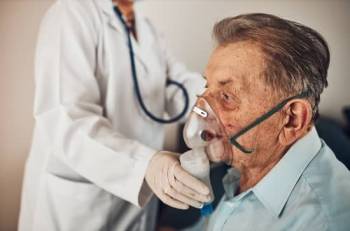