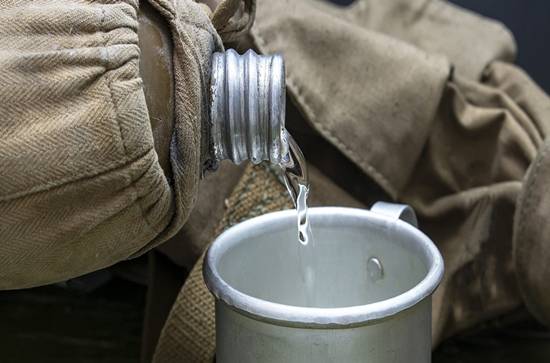 Studies in laboratory animals suggest that PFAS may cause some cancers in those animals following prolonged exposure to relatively high levels.

Once in the body, these compounds persist for long periods of time, even after exposure stops.

According to the Centers for Disease Control and Prevention, it takes around five years for half of an ingested dose of PFAS to be eliminated from the body. So, these compounds have the potential to reach levels that can lead to adverse health effects.

Negative outcomes on health associated with PFAS exposure have become a significant concern for veterans and service members in recent years as the Department of Defense has admitted that PFAS-containing foams contaminated the drinking water of dozens of military bases around the country.

Amidst the mounting concerns about toxic chemicals which are found in firefighting foams used at military bases and airports to put out gasoline, oil, and jet fuel fires, researchers have been studying blood samples in firefighters to identify the potential health risks that may plausibly be associated with firefighting as an occupation.

So far, results show that firefighters have higher levels of these toxic chemicals in their blood than the general population, putting them at a higher risk of some types of cancer, including leukemia - cancer of the blood or bone marrow.

These chemicals that have been manufactured and used in a variety of industries in the U.S. since the 1940s, were found to contaminate drinking water and groundwater not only at the military bases and airports where they have been used but in the nearby communities as well.

Given their persistence, bioaccumulation potential, and toxicity, constant exposure to PFAS during firefighting situations as well as through public water systems and drinking water wells will cause these human-made chemicals to build up in the blood to very high levels. Experts say it's possible that PFAS chemicals act as a favorable factor in the development of blood diseases, including leukemia.

Leukemia Cancer Claims for Military Personnel and Their Families

Service members and their families who have been injured because of exposure to toxic chemicals face particular difficulties in proving human chemical exposures and in seeking compensation for their injuries.

They have to rely on data from monitoring of the water, food, or land and to show that chemicals were present at the time of the alleged exposure.

Our case managers know about AFFF hazards and have the experience necessary to to review whether you or a family member may be entitled to compensation.

Have you been exposed to PFAS-based foam as a firefighter or airport worker, then been diagnosed with leukemia? Our team of experts are available to evaluate your cancer diagnosis and employment history and discuss your right to seek compensation.

You may file a claim demanding compensation from the companies that made and sold aqueous film-forming foam for: