Parkinson's Disease Is Often Misdiagnosed in People with Paraquat Exposure 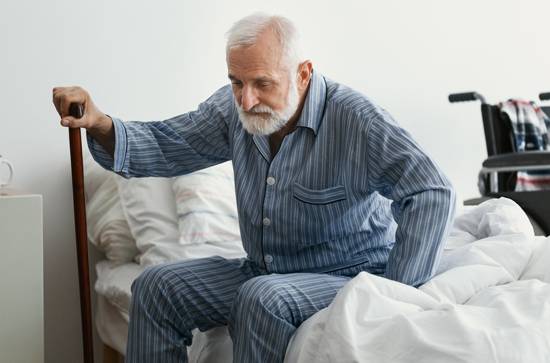 Therefore, seeking a second and even a third opinion is essential in being assigned a correct and accurate diagnosis. It is a known fact that frequent exposure to paraquat in agricultural workers increases the risk of developing Parkinson's disease by 250%.

Thereby, if you have a history of paraquat exposure, it is crucial to keep a close eye on your health for the symptoms of Parkinson's disease.

A poll from the American Journal of Managed Care found that over 26% of people with Parkinson's disease were initially misdiagnosed and 21% had to see their general healthcare provider 3 times before being referred to a specialist to have their health problem correctly diagnosed.

What is more alarming is that 48% of the participants received treatment for the wrong health condition, with 36% being prescribed medication and 6% undergoing surgical procedures. Consequently, a significant decline in the quality of life was noted in the misdiagnosed patients.

Women with Parkinson's disease seem to be more frequently misdiagnosed than men. Because the disease usually occurs in people over the age of 40, the early onset of it may be misdiagnosed as a more common health problem for this demographic.

What Health Conditions Mimic the Symptoms of Parkinson's Disease?

Parkinsonism is a medical term that refers to the symptoms experienced by people with the disease, which include slowness of movements, stiffness of the joints, as well as tremor and imbalance. However, there are a series of conditions whose symptoms are very similar to those of Parkinson's disease, which is why so many people are misdiagnosed.

Being aware of these health conditions is essential if you have a history of exposure to paraquat, as it may facilitate the assignment of a correct diagnosis. The following are some of the conditions that mimic the symptoms of Parkinson's disease:

If you have a history of exposure to paraquat and were diagnosed with one of the above conditions, we strongly advise you to seek a second opinion from a specialist, as you may be in fact struggling with Parkinson's disease, which qualifies you for compensation.

It is essential to receive a correct and precise diagnosis, as it will not only help you obtain the money you deserve from the liable companies but will also improve your quality of life.

For over 35 years, the team of experts at Atraxia Law has been helping people recover the compensation they were eligible for by evaluating their personal injury or product liability claims and are ready to provide you with quality assistance as well if your health was affected by exposure to paraquat.

If you struggle with Parkinson's disease as a consequence of frequently using paraquat, the team of Atraxia Law can provide you with the assistance you need to determine whether you qualify for filing a claim with the responsible manufacturers.

While the process is quite complex and tedious, it will require minimal involvement on your part, as we are aware that the majority of our clients are in great physical and emotional pain.

After you explain to our experts how you developed parkinsonism as a result of paraquat exposure we will thoroughly evaluate your case and subsequently tell you with certainty whether you can file a claim to obtain financial compensation. For additional information, do not hesitate to contact our company and we will gladly answer your questions.